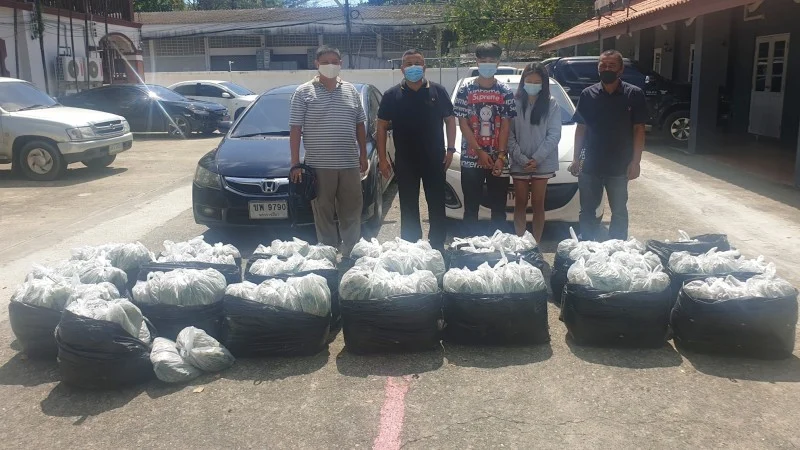 The couple were arrested at about 3:30am after officers led by Maj Phirasit Noophayan moved in during a police operation, Maj Gen Pornsak explained.

Nontharit and Suwimol were found with 220kg of kratom leaves packed in 22 black plastic bags.

Maj Phirasit confirmed that Nontharit and Suwimol were taken to Tha Chatchai police station where they had been charged with possession of a Category 5 drug with intent to sell.

Read more at The Phuket News.