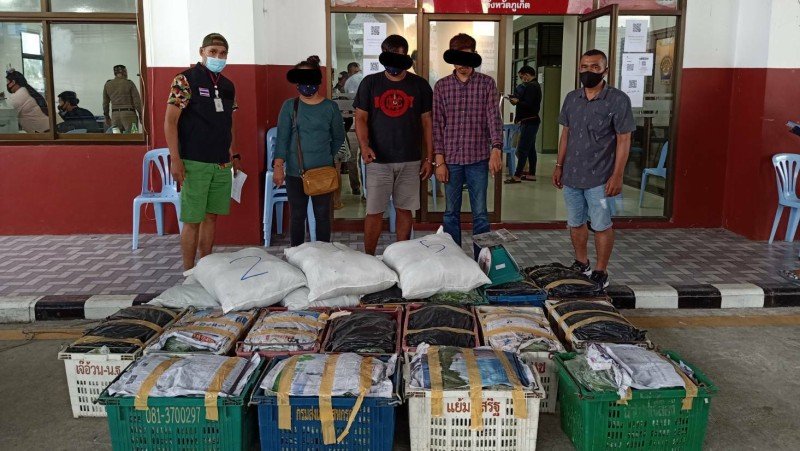 Two men were arrested at the Phuket Check Point yesterday (May 30) for attempting to smuggle 230kg of kratom onto the island.

Maj Tawan Lekmad of the Phuket Provincial Police explained that officers had already received a tip-off about the delivery and were just waiting for the pickup to arrive.

The pickup arrived as expected, at about 4:30pm, and officers searched the back of the truck.

The haul of kratom was packed in baskets and in sacks, all under a tarpaulin covering the load.

The officers arrested the three in the people travelling in the pickup: two men named as

All three are from Ratchaburi. Maj Tawan noted.

The kratom was seized as evidence, as was the pickup truck and two iPhones.

“The accused confessed to the allegations against them,” Maj Tawan noted in his report.