What Is Kratom? Why Is It Being Used For Opiate Self-Detox? 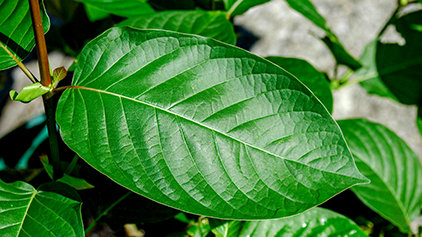 Currently, traditional opioid treatments include a range of behavioral psychotherapies, medication-assisted treatment (MAT using methadone, buprenorphine, and the likes) and a range of specialty care facilities that serve patients in outpatient or residential settings. If you’re looking for an alternative to these traditional options, you’d be hard pressed to find much, at least in the U.S.

But some plant-based medicines are helping people detox from opiates and kick their addiction.

One of them is Ibogaine and another is Kratom.

At the end of 2018, Thailand, like many other countries around the world, legalized medical marijuana. But it’s the legalization of Kratom for medicinal purposes that has really got people talking.

Though Thai people have been chewing Kratom leaves or sipping it in their tea for at least two hundred years, it was outlawed by the government during the Greater East Asia War in 1943. In the last ten years, Kratom has made its way to the United States, mostly sold in gas stations or tobacco shops (or head shops), and even at some juice bars.

A survey of 6,150 Kratom users, found that 51% reportedly used it for pain, 14% for anxiety, and 9% for opiate withdrawal. According to the American Kratom Association (AKA), a pro-Kratom lobbyist group, five million people use kratom regularly.

What Is Kratom? Why

Kratom No Longer All