Can Kratom Cause A False Positive On A 12-panel Drug Test? 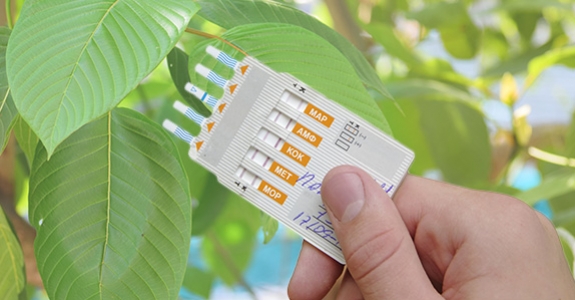 Kratom is known to be a psychoactive substance that affects its users in a similar way as opioid. You will find its many users and retailers all around the world. It is most commonly used for medicinal purposes in Southeast Asia. Most states in America allow the use of Kratom only to people over the age of 18. There are, however, some states that have made it illegal to use anything related to it.

The disapproval of the FDA causes this issue. The Food and Drug Administration, most commonly known as FDA, is responsible for protecting public health. It supervises all food and medicines and conducts its own research before approving anything. This federal agency hasn’t approved Kratom and added it in the list of controlled substances.

FDA has concerns that the use of this substance might be harmful to its user. There hasn’t been enough research to determine if it really has benefits or side effects. It has taken strict actions over time and seized Kratom worth millions of dollars from different states including Illinois and California. FDA stated on their website that according to the report of CDC, as of May 2018, 199 people fell sick after using Kratom or Kratom related products. This is why, in states where it’s illegal, many companies and departments occasionally test employees for drugs in their system, including Kratom.

How Does A 12-Panel Drug Test Work?

There are several types of tests conducted to screen a person for drugs inside his body. Many employers do these tests to make sure none of their employees is an addict or under influence at work. A standard 12 panel is a urine test which usually checks for substances like cocaine, opiates, marijuana, benzodiazepines, Oxycodone, etc.

What is Kratom and i

Can Kratom Be Taken With Other Substances?