Is Kratom Safe During Pregnancy? Researchers Start to Investigate 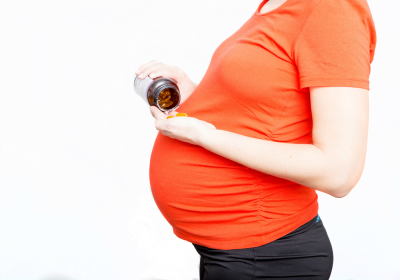 University at Buffalo pediatrician Praveen Chandrasekharan first heard of kratom in 2017 when a newborn girl was admitted to the neonatal intensive care unit at John R. Oishei Children’s Hospital in Buffalo, New York, where he works as a neonatologist. The baby was jittery, had stiff muscles, sneezed a lot, and cried excessively—symptoms of neonatal abstinence syndrome, withdrawal from drugs they were exposed to in the womb.

Digging into the literature, Chandrasekharan learned that kratom, or Mitragyna speciosa, is an evergreen tree native to Southeast Asia, where people there have taken it recreationally and for medicinal purposes. In recent years, it has become increasingly popular in the US, where it’s sold over the counter in many states as capsules, liquids, or unprocessed leaves that are consumed as a tea. Customers take it for recreation, to ease chronic pain, or, among addicts, to wean themselves off opioids.

“There were speculations that [kratom] has opioid effects, so we treated her as we would treat a neonatal opioid withdrawal baby,” Chandrasekharan recalls. The treatment—morphine therapy in gradually decreasing doses—proved effective, and baby and mother were discharged home after two weeks.

The case, which Chandrasekharan and his colleagues described in a paper in April, joins at least four other case studies in North America of infants with opioid withdrawal symptoms born to kratom-using mothers. These reports come at a time when federal agencies are already concerned about adults’ use of kratom, having blamed the herb for nearly 100 overdose deaths nationwide, and are deliberating whether to classify its active compounds as Schedule I substances, alongside the likes of heroin. The case reports of infants now raise crucial questions about the safety of kratom during pregnancy, which are impossible to answer without conducting further research.

Is it kratom or contaminants?

At this stage, it’s impossible to say whether maternal kratom use is responsible for the withdrawal symptoms seen in newborns. For one, this is because some of the mothers in the case studies took other medications. In the case Chandrasekharan observed in 2017, for instance, the mother was taking the anti-epileptic drugs gabapentin and clonazepam, and was also a chronic smoker. In the case report, he and his colleagues wonder about their relevance to the newborn’s symptoms. They cite a study on women who took clonazepam that did not find any withdrawal effects in newborns, but also some reports that describe neonatal withdrawal following mothers’ use of gabapentin. It is difficult to rule out the possibility that these drugs could have had an effect on the baby, Chandrasekharan notes.

In addition, some kratom products sold in the United States are known to be impure, the Food and Drug Administration (FDA) recently having found dangerously high levels of heavy metals in a range of kratom products. Also, these supplements can be heavily adulterated with other drugs—“occasionally, even with opioid analgesics themselves such as hydrocodone,” notes Edward Boyer, a medical toxicologist at Brigham and Women’s Hospital at Harvard Medical School.

The bottom line: a need for more research

To that end, Smid is currently preparing a study to get a better handle on the extent of kratom exposure during pregnancy. She plans to develop a cord tissue assay for mitragynine, which she intends to use on 1,600 women in Utah. Right now, there are no data on the number of pregnant women who use kratom: doctors don’t ask, and women may be reluctant to report out of fear their doctor will shame them or call child protective services, Cornelius adds.

Medicinal chemist Chris McCurdy from the University of Florida has begun to study the effects of kratom during pregnancy and hopes to obtain federal funding to accelerate those studies, he writes in an email.

Read the full article at The Scientist

Can Kratom Cause A F