How to Quit Opioids 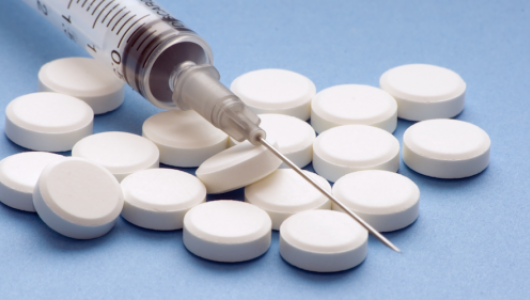 Today’s show is a little bit of a hybrid between the usual monologue and a guest interview—think of it as a BOGO. First, we’ll dive into the history of the opioid epidemic and look at the disconnect between research-recommended opioid treatment versus the most commonly administered treatment.

Let’s start where we are now: every day, 130 Americans die from an opioid overdose. In 2017, that added up to more than 47,000 people. It’s to the point where, for the first time in decades, life expectancy in the U.S. is decreasing, driven in part by opioid overdoses.

The opioid epidemic didn’t just develop from one seed; it grew from many. One sprouted in 1980 when a five-sentence letter to the editor was published in one of the most prestigious medical journals, The New England Journal of Medicine, which stated that opioids were not addictive. Like a game of telephone gone wrong, what followed was hundreds of citations of the letter justifying increased prescription of opioids.

THE SECOND AND THIRD WAVES

The second wave began in 2010 as early efforts to cut back on prescriptions made opioids harder to get. Many people turned to heroin, which in turn led to skyrocketing heroin deaths.

The third wave hit hard in 2013 when illicitly manufactured synthetic fentanyl became widely available. Look at a graph of fentanyl deaths per year throughout the opioid epidemic and you’ll see a near-vertical line shooting upwards starting in 2013.

THE PARADOX OF OPIOID TREATMENT

Where does this leave us? Today, the biggest challenge is how to help those who are currently addicted to opioids, an estimated 2 million people.

And those brain changes don’t automatically snap back after detoxing off opioids but there’s a fatal flaw: opioids change the brain in very different ways than alcohol, cocaine, or other drugs. How? Prolonged opioid use alters brain regions that regulate reward, learning, memory, decision-making, and stress response, among others.

Tons of Kratom Being

How Kratom Can Be Be