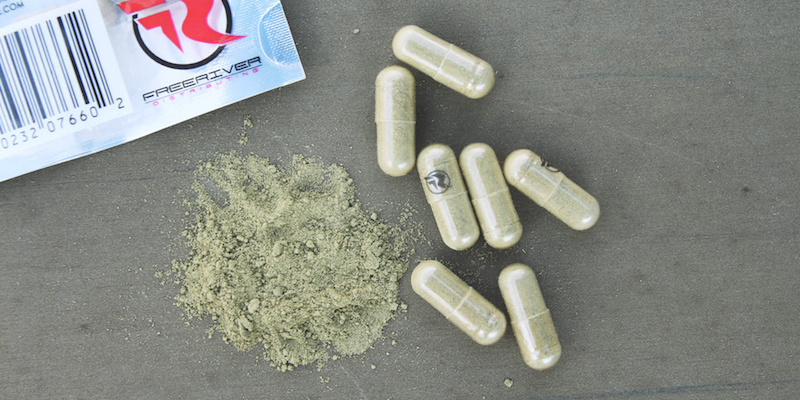 At the federal level, kratom is uncontrolled. It is also on the Drug Enforcement Administration’s list of drugs for concern. In Indonesia, one of the countries where it is cultivated, processed, used prolifically by locals, and eventually exported around the world––it has been illegal to plant since 1943.

Elsewhere around the country, it is sold at smoke shops, like the one Shane worked in, under brand names that include VivaZen, American Kratom, Captain Kratom, Experience Kratom, and Phoria.

The DEA says there is “no legitimate medical use for kratom.” The Daily Beast called it “the next bath salts.” The New York Times says the possibility of becoming addicted to kratom is “very real.”

“Kratom is getting the same treatment that cannabis has received for years,” Ash tells The KIND. “It’s being branded as ‘dangerous’ by people with a vested interest in the pharmaceutical industry. It does give a boost in mood, and treats pain, which is being translated as a ‘high.’ It’s not like more kratom will enhance the euphoria, or numb the pain. As much as many people wish it did, kratom simply cannot provide the user with the same ‘escape’ that harder drugs do. It doesn’t work like that.”