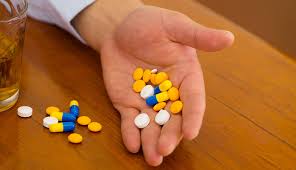 The markets are sending a message to drugmakers facing opioid litigation: Settle up.

Johnson & Johnson late Tuesday announced its first legal settlement over the pharmaceutical giant’s alleged role in spurring the opioid crisis, a modest $20 million deal with two Ohio counties. The agreement will see it avoid a risky trial later this month and the company’s stock rose as much as 3.6% in early trading. J&J’s deal came a day after a report that drugmakers may use Purdue Pharma’s bankruptcy as a model for a broader settlement, news that briefly boosted smaller companies including Mallinckrodt PLC, Teva Pharmaceutical Industries Ltd, and Endo International PLC.

Banding together could help ensure that no drugmaker would be left behind to fight through every lawsuit or face a potential liability disproportionate to its relative role in the crisis. It won’t be cheap, and it won’t be easy, but it would be worth the effort.

A global settlement, even if it involves a substantial cash payout, would go a long way toward helping drugmakers move forward from the crisis, while investors would finally be able to put a number on the liability instead of fearing the uncertain result of every individual trial. A settlement also could reduce the risk of bankruptcy for indebted members of the group, cutting another asymmetric risk.

As for the other side, the parties affected by the crisis should fight aggressively for a large settlement. The amount of money needed to combat the crisis and build a real treatment infrastructure in America demands it. Beyond that, it’s worth fighting for a figure large enough to deter the kind of behavior and negligence that allegedly spurred the crisis.

We’re still a long way from a significant deal; many states oppose even the single-company version of Purdue’s bankruptcy. Hopefully, both sides will realize the benefits of avoiding a multi-year battle and make further progress.

Read the full article at Bloomberg

How Kratom Can Be Be