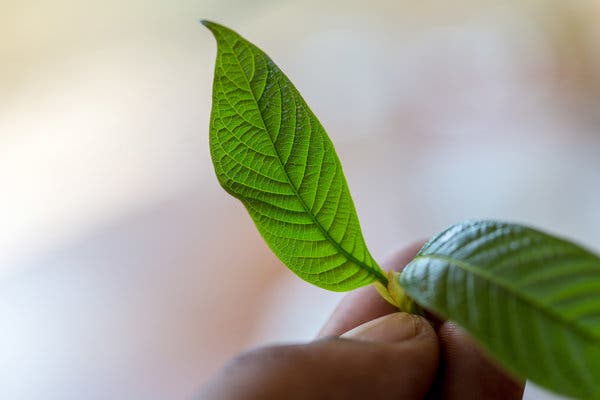 Kratom may be the most popular drug you’ve never heard of. Millions in the United States reportedly use it, but the leaf from southeast Asia has received praise and derision in equal amounts in the last several years. Kratom evangelists on Youtube and Reddit tout its advantages over opioids like oxycodone, while critics say it’s ungoverned and possibly dangerous.

A new report published this month in the American Journal of Health-System Pharmacy lays out the case for a possible solution to the debate: Put the drug behind pharmacy counters and sell it to adults — without a prescription.

The US Food and Drug Administration (FDA), the Centers for Disease Control and Prevention (CDC), and the Drug Enforcement Administration (DEA) have all had kratom squarely in their crosshairs since at least 2016 when the DEA tried to make it illegal — it still lists kratom as a “drug of concern.” This pressure has spurred the growth of an activist community fighting to keep it legal. And all the while, US consumer demand continues to fuel the industry, which sells directly to consumers over Facebook and Twitter and stretches to the other side of the globe.

The controversy over kratom, which can be easily purchased online or in convenience stores, comes down to the tension between its risks and benefits. While the drug has shown therapeutic potential for people dealing with opioid withdrawal and chronic pain, it also has opioid properties and carries a risk of physical dependency.

To foster an evidence-based public conversation around the future of kratom, C. Michael White, Pharm.D., head of the Department of Pharmacy Practice at the University of Connecticut, authored this new clinical and pharmacological assessment.

White tells Inverse that he was motivated by the increasing amount of data researchers are producing on the substance, especially data on its potential to carry adverse effects including withdrawal and possibly death — though the FDA and CDC’s conclusions on the latter are hotly debated. While most of the new data reviewed in the report aren’t extremely strong, it sheds light on some of the poorly understood aspects of kratom.

Among these research gaps are questions about kratom’s effects on the heart, its potential for contributing to fatal overdoses (on its own or in combination with other drugs), and the role contamination may play in kratom’s health risks.

In all three of these areas, White’s report points out that right now, there is just enough evidence out there to get the public worried — but not quite enough to paint a picture of the drug’s benefits and risks. Regarding overdose deaths, the CDC reported kratom as a cause of death in 91 overdose cases in an 18-month period, but experts point out that most of these deaths involved combinations of other drugs that could be life-threatening on their own. In terms of contamination, the FDA issued a mandatory recall of several kratom brands in 2018 amid a Salmonella outbreak linked to kratom, as well as a report on April 2019 that several brands of kratom products had tested positive for heavy metals.

What Is Kratom? Opio