All You Need To Know About Kratom 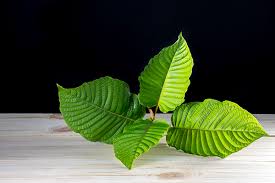 Pain relief one of the main reasons why people want to use Kratom, according to associate professor of psychiatry at the Univerity of Rochester Medical Center, Marc Swogger, who made a study in 2018 about why people use kratom. Kratom appears to be a great painkiller or analgesic.

Other people in the study also reported that using kratom has helped treat PTSD or post-traumatic stress disorder and social anxiety. Although this drug may cause people to experience a sense of well-being and euphoria, however, while this drug is advertised as a “legal high” in most smoke shops, not a lot of people use kratom for the high.

Effects on the body

According to Swogger, researchers still are not sure how kratom exactly works in the body.

It is not an opiate, but it binds to the opiate receptors. A lot of researchers think that the compound called mitragynine is the main active ingredient in kratom, but kratom simply has not been studied enough to know for sure. Unlike other opiates that have a sedative effect, kratom has a stimulating effect at smaller doses and a sedating and relaxing effect at much bigger doses. People who have used this drug have reported that it provides them pain relief without any sedating or relaxing effect.

Some people have reported that they experienced withdrawal after stopping the intake of kratom as well as developing tolerance to the drug, according to Swogger. Developing tolerance and withdrawal symptoms to kratom were reported to be mild compared to other opiates. About one in ten people in this study reported that the withdrawal symptoms appeared after a period of heavy use and after a day without taking the drug. People who have had substance abuse problems in their past should carefully think about taking kratom.